Pearl River in Athens... conversations between Greece and China. 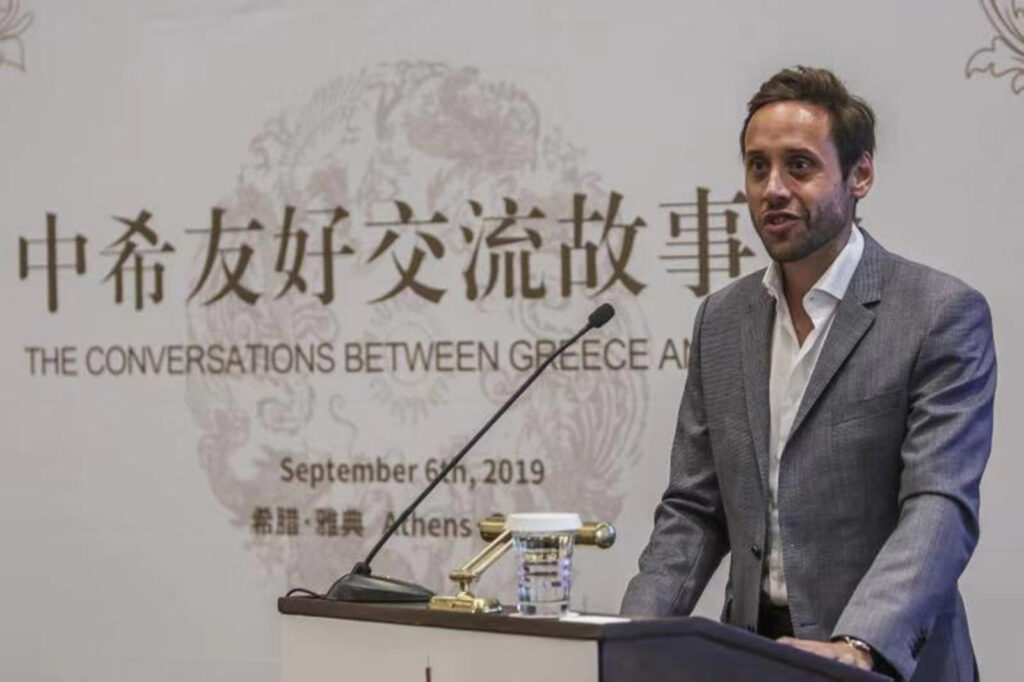 On September 6th, 2019, the Sino-Greek dialogue was unveiled in Athens. In participation were international literati and celebrities from a diverse fields of industries, speakers from China and Greece shared their in-depth experience about trades and cultural endeavors between the two ancient civilizations. The event was hosted by Guangdong Provincial Government Information Office and Guangdong Film Administration, and organized by the Guangzhou Municipal Government Information Office, forging to further enhance trades and cultural collaboration between the two countries.

For the past 15 years, Christos said, Yiannis Karidas Instruments Co. has been a distributor in the Greek market for Guangzhou Pearl River Piano Group Co., Ltd.. The Ritmuller piano, which was established since 1795 in Gottingen, Germany, is produced by Pearl River Piano Group and a popular brand in the Greek and European markets. Ritmüller has been chosen by concert artists, musicians and piano players all around the world because of its excellent quality and reasonable price. “The high quality of the Ritmuller piano enhanced our performance both in concert halls and in retail market, especially in the wake of the Greek financial crisis, Ritmüller piano is recognized by vast majority of the Greek music lovers as a high-value piano.”, enthused Christos.
Established in 1795, Ritmüller piano is a well-known brand in Europe for over two centuries. Steeped in rich and colorful European tradition, Ritmüller is known for its European sound quality and enduring performance capabilities.
The passage of time did not let fade the brilliance of Ritmüller, as 224 years carved on its beauty with intensified global exposures under management by Guangzhou Pearl River Piano Group. Today Ritmüller opens to a whole new audience globally, not only in Europe and North America, but also in Asia Pacific region as well.

In recent years, the initiative of “Belt and Road” by Chinese Government offered a whole new slew of economics and trades opportunities for participating countries. For Greece, as witnessed by its two thousand year old tradition under the original “Silk Road effect” with China, the “Belt and Road”initiative was a shoo-in for Greece. The redeployment of the Belt and Road policy also made Sino-Greek collaboration a multitude of success in infrastructure development, cultural exchange and investment for the high tech sectors. As Asanasss Pilateas, a professor at the University of Piraeus in Greece, described in his speech, that “the best for Sini-Greek relations is coming!“

Guangzhou is the main port of foreign trade in China, and also an important node city of the Maritime Silk Road. As far back as the 2nd century B.C., Guangzhou has been a trade port between China and Nanyang, India, Greece, Rome and other countries and regions. The Belt and Road initiative reignited new enthusiasm for trades and commerce between the two countries, and sparkled new activities in the region.

In conclusion for the evening, the audience were delighted to be treated with Cantonese opera, with singers from the Guangdong Cantonese Theatre group, Zeng Xiaomin and Wen Yuqing performing live in concert with excerpts from the folklore “Love of the White Serpent”, a love story between man and the deity in the form of a white serpent. This is one of China most famous literatures from over a thousand years ago, symbolizing especially the yearning for love and happiness in life.